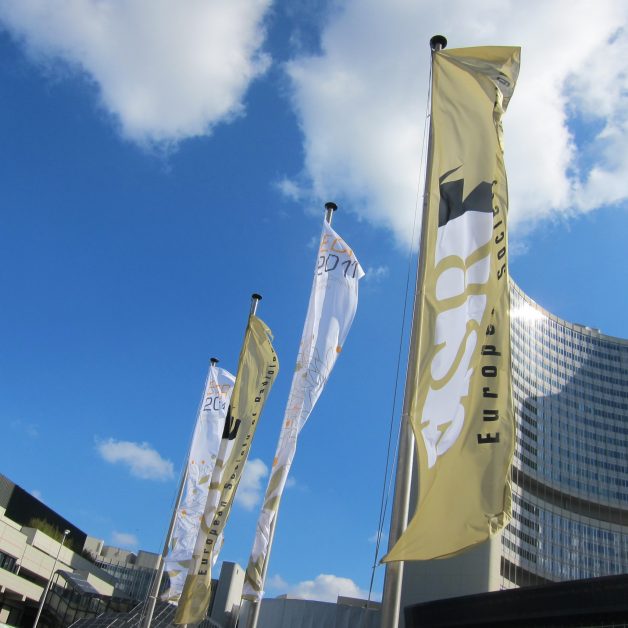 Europe is Rising…and why that’s good for radiology…

A few weeks ago, I returned from attending the European Congress of Radiology (ECR) in Vienna. I’ve been covering this meeting as a journalist since 1995, and it’s been gratifying to see ECR evolve from a sleepy, biennial show lost in the shadow of the RSNA meeting into a vibrant annual event that unites more than 20,000 delegates from across the European continent and beyond.

The ECR’s growth largely parallels Europe’s growing prominence within radiology. Of course, Europe has always been a focus of innovation in medical imaging — the discipline itself sprang from research conducted by German physicist Wilhelm Conrad Röntgen — and numerous other advances, such as the invention of CT and MRI, also have European roots.

But for a time the Continent was eclipsed by more rapid developments in the U.S. Americans have an innate ability to adopt technology conceived elsewhere and figure out how to make money from it — often to the chagrin of its original inventors. This occurred in radiology as myriad technologies developed elsewhere were most aggressively commercialized in North America.

But that trend is shifting across the Atlantic. For the past several years, the U.S. radiology community has been preoccupied with fighting off relentless pressure to cut reimbursement and unnecessary imaging utilization. At the same time, confusion over the federal government’s approach to drug and device regulation has prevented a number of innovative new products from reaching the U.S. market.

In the meantime, European radiologists have steamed ahead with new technologies such as ultrasound contrast for radiology applications, new computer-aided detection software, and digital breast tomosynthesis in mammography.

Nowhere was this trend more evident than at this year’s ECR. There were dozens of presentations from European researchers who are getting their feet wet with products and procedures that are still works-in-progress in the U.S. In fact, one American radiologist in Vienna was even overheard exclaiming that his European counterparts were years ahead of the U.S. in a number of important areas. (The vibrant European market is a major reason why we launched our new AuntMinnieEurope.com portal in March.)

Should a rising Europe be seen as a threat to the U.S.? Not at all. Medical imaging is a healthier discipline for having more than one driver of innovation and growth. After all, who would want to cross the Atlantic in a jumbo jet with just one engine?

Meetings like RSNA and ECR will continue to promote cross-pollination between the U.S. and Europe in the traditional sense, while new technologies like social media will foster collaboration in ways never imagined just 10 years ago. And in the end, radiology will be better for it.