In the news: curbing the progression of Parkinson’s and radiology residents benefit from AI education.

Research teams in Spain and Canada are the first in the world to use focused ultrasound technology to target a new area of the brain in patients with Parkinson’s disease and potentially curb, or even reverse, its progression. Though focused ultrasound has previously gained international regulatory approvals for the treatment of tremor-dominant Parkinson’s, these trials represent the first application of the technology with the goal of stopping the progression of the disease, rather than merely treating the symptoms.

Low-dose computed tomography (LDCT) screening—which has been under debate for five decades—can detect smaller nodules or cancer than standard chest X-rays. The results of two major clinical trials have provided evidence on lung cancer-related mortality reduction as a result of LDCT. LDCT-based screening programs for individuals at a high risk of lung cancer have already been implemented in the US, and implementation programs are currently underway in the UK.

Fourth-year radiology residents benefitted from a pilot program that included formal instruction in artificial intelligence (AI) and machine learning (ML), as well as collaboration with data scientists on developing models, according to a report in Radiology: Artificial Intelligence. The residents contributed to the development of AI models and tools over the course of the program. Furthermore, a formal AI/machine-learning curriculum has been developed for future residents based on their feedback, said the report authors.

A new tool for analyzing tissue damage seen on MRI brain scans can detect with more than 70% accuracy early signs of cognitive decline, new research shows. The findings by imaging specialists center on small bright spots on scans called white matter hyperintensities. More spots on MRI and their occurrence in the center of the brain also have been shown to correlate with the worsening of dementia and other brain-damaging conditions, such as stroke and depression.

The use of preventative and elective care services—including MRI and mammography—plummeted nationwide during the first two months of the pandemic, according to a JAMA Network Open study. Although, telehealth use skyrocketed during March and April, it only replaced about 40% of the decline in medical office visits. This study is one of the first to quantify cuts in elective care using data representing nearly 7 million commercially insured individuals in all 50 states, according to the authors. 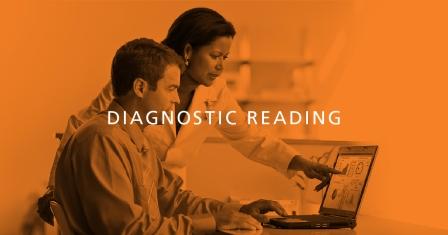 Do you need a new #xrayroom ? Learn about features

Physicists, with the DRX Compass, lower dose is av