Forensic imaging and a preview of RSNA 2019 are in the news.

This week’s articles in Diagnostic Reading include: what’s in store at RSNA 2019; preparing yourself should you suspect a patient has been abused; medical students, radiologists have differing views of AI; brain MRIs may help future of space travel; and retina imaging and Alzheimer’s detection.

RSNA 2019 offers vision of the possible in radiology – AuntMinnie

Find out what the future holds for radiology at RSNA 2019, the upcoming radiology showcase conference. This year’s meeting continues the emphasis on artificial intelligence (AI) found in recent shows, while also touching on important topics such as professional burnout, precision health and integrating radiologists into patient care. If you are unable to attend the conference in person, you can sign up for RSNA’s Virtual Meeting, with more than 400 courses and presentations available over live streaming. Going to RSNA? Schedule your appointment with Carestream today!

Although you might not carry the actual title of “forensic radiologist,” there is a possibility that at some point in your career as a radiologic technologist, you will have a role in a criminal investigation if you suspect a patient has been abused. Read the blog by Dr. Michaela Davis to educate yourself for the possibility of being a witness in a criminal investigation.

Radiologists are less afraid of artificial intelligence (AI) than medical students, who may avoid choosing radiology due to their pessimistic view of the technology’s effects, according to the findings of a Swiss survey published online in the European Journal of Radiology. Researchers found that radiologists tend to be more concerned about turf losses than they are about AI. Read the blog on ‘Cost-benefit analysis of AI in radiology’.

A new imaging study—published online in the American Journal of Neuroradiology—sheds light on what happens to the brain during missions to space; the results could help experts in spaceflight planning and policy. The researchers compared brain scans to available NASA data, and found “widespread” changes in brain structure that correlated with changes in cognitive performance and motor skills. While MRI scans are part of NASA’s medical protocol, long-term follow-up imaging remains absent.

An affordable, noninvasive method of imaging patients’ eyes may help detect Alzheimer’s disease sooner, allowing clinicians to provide treatment early in the disease process before it worsens, according to research published in the ACS Chemical Neuroscience journal. There is currently no treatment for the brain disorder, nor is there a biomarker to pinpoint it before symptoms start surfacing in advanced stages. However, if this imaging indicator is validated in further research, it could provide a big boost to treatment of this form of dementia.

Get Energized in the Carestream Booth at RSNA 2021! 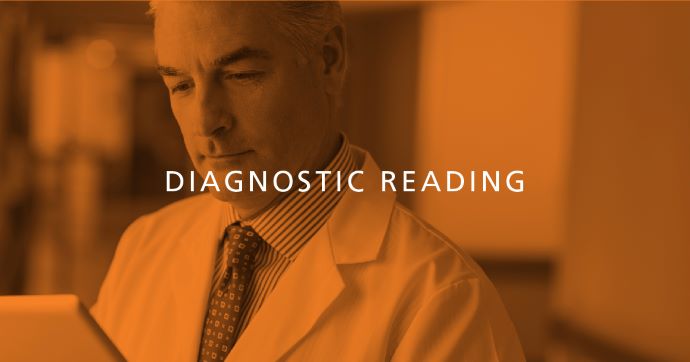