Studies Have Proved the Benefits of Digital Breast Tomosynthesis: Now How Do We Change Referral Habits?

As a female radiologist, I have created a practice dedicated to women’s imaging that includes digital breast tomosynthesis (DBT), breast and body ultrasound, whole body bone density screening and other services. I also read breast MR images that are captured at another facility.

According to the American Cancer Society, 1 in 8 women will develop breast cancer during her lifetime—just over a decade ago the rate was 1 in 11 women. Genetics cannot account for this increase since 85 percent of breast cancer victims have no family history of the disease. There are a variety of factors that may be contributing to increased risk, including estrogen in our foods, post-menopausal hormone therapy and childbearing later in life. The good news is that the ACS reports death rates from breast cancer in the U.S. have dropped 34% since 1990.

I am an avid proponent of DBT because I believe it can assist in the effort to further reduce deaths from breast cancer. In my personal experience, I have found small lesions that I did not detect on other breast imaging exams and it also decreased the need to recall patients for additional testing. The ability for DBT to increase cancer detection rates and decrease recall rates has now been well documented through studies conducted across the country. In 2013 breast tomosynthesis captured attention and acceptance throughout the radiology community, as illustrated by the dozens of scientific presentations and poster sessions focused on DBT at RSNA 2013.

One RSNA 2013 presentation reported results from a study in which every patient since October 2011 was screened for breast cancer using DBT at Hospital of the University of Pennsylvania (HUP) in Philadelphia. The study’s lead author was Emily F. Conant, M.D., chief of breast imaging at HUP. Dr. Conant and five colleagues compared imaging results from 15,633 women who underwent DBT at HUP beginning in 2011 to those of 10,753 patients imaged with digital mammography the prior year. Six radiologists trained in DBT interpretation reviewed the images. The researchers found that compared to digital mammography:

A prominent earlier study published in the June 2013 issue of the American Journal of Roentgenology documented the benefits of DBT by Dr. Stephen L. Rose and his colleagues at TOPS Comprehensive Breast Center of Houston, Texas. This study compared recall rates, biopsy rates, and cancer detection rates for six radiologists who interpreted 13,856 screening mammography studies without tomosynthesis and 9,499 studies with tomosynthesis.

For the group as a whole, the use of tomosynthesis resulted in:

As a result of my personal experience and the scientific studies now available, I advocate use of DBT for all screening mammograms—especially for patients with dense breasts, patients with BRCA gene mutation and those who have been previously diagnosed with breast cancer—because its three-dimensional imaging offers significantly enhanced visualization of breast tissue.

Now that we recognize the advantages offered by DBT, the challenge is to make tomosynthesis a mainstream screening protocol. It’s not enough for radiologists to recognize the value of tomosynthesis—physicians and gynecologists need to be educated about the benefits of this technology since these doctors account for a majority of the referrals for annual screenings and follow up exams.

Hear more about Dr. Gill’s practice and the importance of DBT below from RSNA 2013. 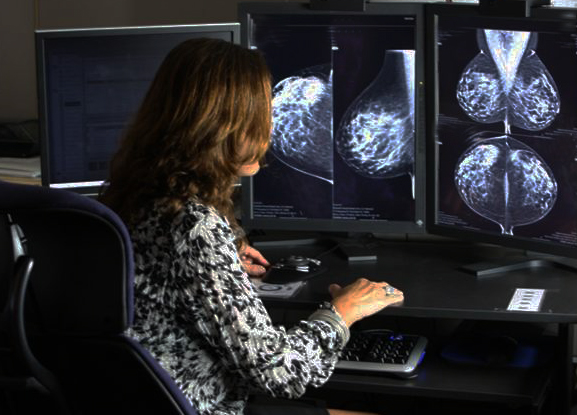 Radiologists are Most Qualified to Evaluate Breast Health

The Intersection of CARESTREAM MPS and the IoT

Want to gain the advantages of digital X-ray? Has