Editor’s Note:  Boris Alvarez, project consultant for Medical Technology School, Universidad San Sebastián , in Santiago Chile, shared his thoughts with us on the difference between public and private healthcare, digital x-ray technology and the importance of continuing education and networking.

Q: Having lived in both the United States and Chile, can you give us a snapshot of the differences you see in planned healthcare reforms?

In my opinion, healthcare reforms in both countries address the need to achieve better access to care, especially for those more vulnerable citizens.

On one hand, the USA has been the most important country in the development of technologies for the whole world. This is increasing healthcare costs by transferring research costs to American patients. The US government expects to use strategies that reduce healthcare prices for the population with fewer alternatives to pay for it.

In contrast, the Chilean government is addressing healthcare access through a framework that allows public and private investment to give access to better technology to the people who can not afford it.

Editor’s Note:  Houston Healthcare in Warner Robins, Ga.  recently installed six CARESTREAM DRX Systems to streamline image delivery. We asked Tim Sisco, Director of Cardiovascular and Imaging Services at Houston Healthcare, to talk about the impact converting from CR to DR systems has had on their dose reduction

According to the World Health Organization, two-thirds of the world lacks access to basic X-ray services. Because 60 percent of medical conditions seen in first-referral, primary care settings require X-ray to properly diagnose, the lack of X-ray capabilities hinders the delivery of effective, quality medical

For RadCare being one of the most respected and fastest growing radiology management companies in the U.S. means keeping 85 radiologists, 30 teleradiologists and 22 hospitals satisfied 24/7. That is no small feat when reading 2 million imaging exams each year for healthcare providers with

Candace Tretter,  Director of Radiology Services, Blessing Hospital, Quincy, Ill. discusses her facility's conversion from CR to DR systems; improvements in efficiency and dose reduction,  and shares her feedback on the preview of CARESTREAM's DRX-Revolution* Mobile X-Ray System at RSNA 2011. *Not Commercially Available 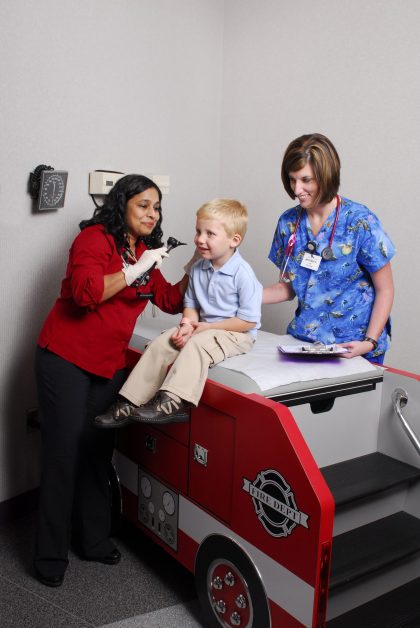 How We Lowered Pediatric X-Ray Exam Dose By One Third

Editors Note: We asked Kathy Hood, Director, and Cathy Atkins and Judy Wilson, Managers of Diagnostic Radiology, at AnMed Health in Anderson, S.C. to share an inside look at how they have lowered pediatric dose.   Everything about AnMed Health Kids’ Care is tailored to children—from the alphabet

Editors Note: Leading up to RSNA 2011 we’ve asked Carestream’s Medical Advisory Board members for their insight into the radiology trends we expect to be hot topics at the show.  [caption id="attachment_1002" align="alignleft" width="90"] Dr. Roger Eng, Chairman of Radiology, Chinese Hospital, and President of Golden Gate Radiology Medical

Our new DRX Plus 2530C Detector has cesium iodide

What are the 3 radiology administration strategies

What are the 4 technology innovations that will sh

#Radiologists, which apps are worth checking out i

Wishing everyone a safe and happy holiday season!

What were the top 10 medical imaging blogs of 2019

Carestream was pleased to participate in the 26th

We love getting feedback and new insights from our