For a while it seemed that the ICD-10 deadline would never come. Calling all radiology practices… Now, less than two years away from the October 1, 2013 deadline for ICD-10, many in the industry are just starting to address this issue. For those who don’t meet the looming deadline, billing and the ability to be reimbursed could come to a grinding halt. In a recent study, KLAS spoke with providers to find out how they are preparing for ICD-10.

Some of the reasons ICD-10 seems daunting are: (1) the projected costs, (2) the fact that core HIS, billing, coding, documentation and other ancillary systems will be effected and (3) the training and personnel issues that have to be dealt with.

While ICD-10 is complex and intimidating, KLAS found that providers are optimistic that their coding vendors will be ICD-10 compliant and so they are not as worried about that particular technology piece.

With hospitals, most of the concerns regarding software are actually with some of the core HIS vendors and CIS vendors, particularly for providers who are on legacy products. Because providers have to be on the most current version of their HIS in order to be ICD-10 compliant, providers on older versions are most concerned with getting updated. For larger hospitals, it may take millions of dollars to get compliant. The costs of new software, upgrades, clinician process change management, training and preparedness issues are all components that providers will need to plan for.

Some other concerns with the ICD-10 deadline actually have more to do with personnel issues than technology. More than half of surveyed providers said that training was their biggest concern, and just under half said they were most worried about physician readiness. Another issue that may crop up is a shortage of trained coders. Because the average age for medical coders is about 57 years old, some may retire rather than be retrained for ICD-10. Computer assisted coding is seen as a possible solution to this problem, allowing technology to backfill the shrinking coder work force.

While there is still time, it is very important for providers to get a steering committee together, develop a roadmap and create a budget. Also, those who are considering using third party consulting firms should reach out soon. The clock is ticking, and providers should act now to avoid future headaches.

Diagnostic Reading #6: Five “Must Read” Articles on HIT and Radiology 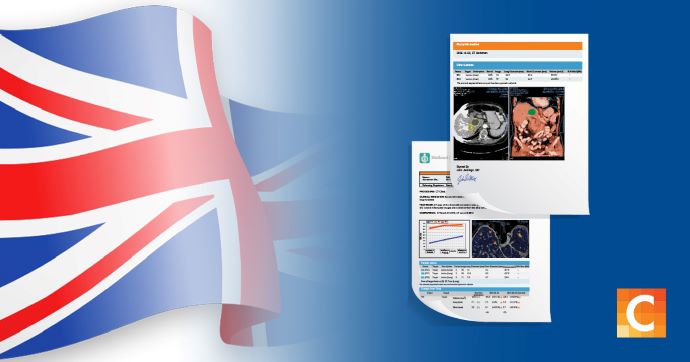 The Evolution of Diagnostic Image Reporting in the United Kingdom

Diagnostic Reading #38: Five “Must Read” Articles on HIT and Radiology

A special #TBT - read strategies from the 2019 Aun

We are pleased and proud that our DRX-L Detector f

Read insights from imaging providers on how to res

Members of the Carestream finance team in Colorado

Read the blog by NHGD about deploying mobile X-ray

Read the blog by University of Utah Health on how

A new month means a new #xrayimage challenge! What

What are the key challenges in #radiologyadministr

Want to increase the ROI of your imaging equipment

Radiology administrators - do you want to increase